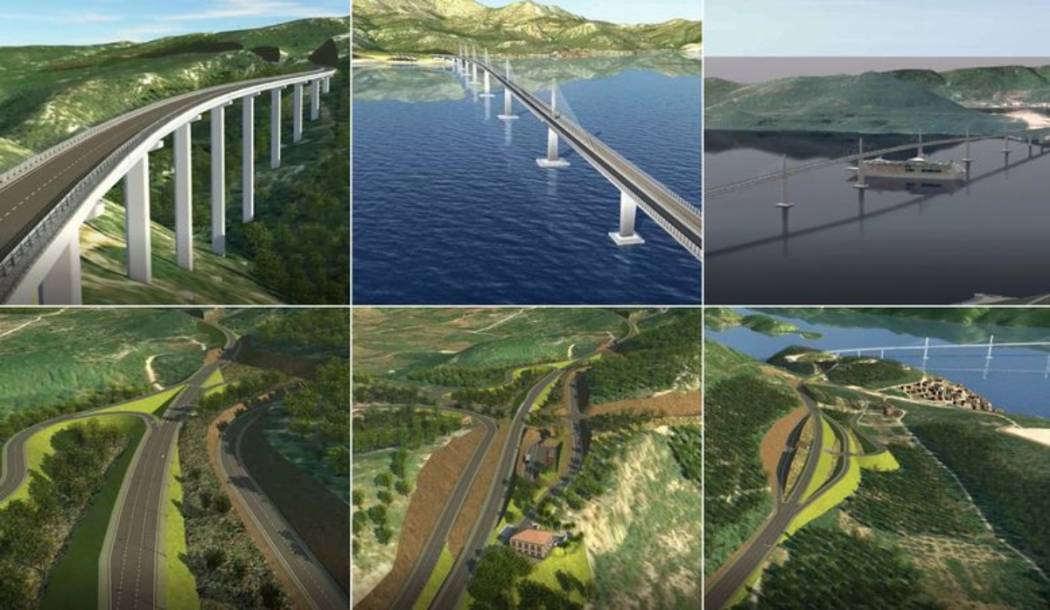 The largest and most significant project funded by the European Union, worth € 526 million. This is a demanding, strategic project, that is, one of the most important infrastructure projects in the country.

The whole project of building Pelješac Bridge is slowly coming to an end and should be completed in 2022. A 2.4-kilometer-long, 55-meter-high bridge with 4 traffic lanes that will consume 33,700 tones of steel is an impressive fact. A total of 32 kilometers of roads, which will have 4 tunnels and 2 viaducts, will need to be built on Pelješac in order to reach Duboka and the Adriatic highway.

What does the Pelješac Bridge mean for Croatia?

The process of building the Pelješac Bridge and access roads, definitely facilitates the lives of citizens in the south of the country. The bridge goes over the bay of Mali Ston between Komarna and Brijeste on Pelješac in Dubrovnik-Neretva County. The Pelješac Bridge is important to Croatia because its construction establishes a strong road connection between all parts of the Croatian territory. The Dubrovnik-Neretva County will connect with the rest of the Croatian territory, which will significantly contribute to the development of Dubrovnik, the Pelješac peninsula and the whole southernmost Croatian county. It will fully connect the Croatian territory and you will no longer have to pass through the territory of neighboring Bosnia and Herzegovina, more specifically through Neum.

Through this webcam you can follow the construction of this most important project in Croatia.