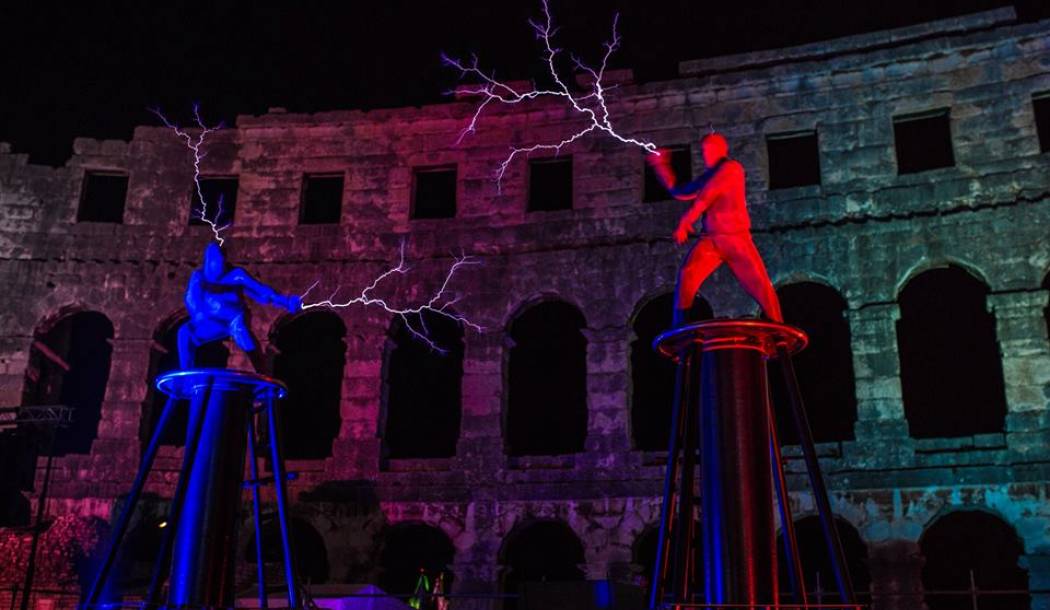 Visualia Festival is the first light festival in Croatia that represents all the charms and beauty of new technologies and audiovisual art, and in a special way represent Pula as a brand. What is the Festival of Light in Zagreb is the Visualia festival in Pula. Visualia festival in Pula was held for the first time in 2013. and every year it grew more and more. The following year, the festival was marked by the Giant lights, the cranes of the shipyard "Uljanik". In 2015, the Guinness World Record was exceeded in the category of photographs of the largest number of people in the form of a light sign the Light Postcard. In 2016, the Visualia festival entered the calendar of world light festivals.

The sixth year of the festival, this year will be from September 13 to 15, is proof of its value and potential for the development of competitiveness and the strengthening of the recognizable destination image that Pula also represents as a city of light. The three-day festival places city spaces in different corners, attracts around 10.000 visitors, providing unforgettable experiences, emotions and new experiences. Visitors can enjoy the best 2D and 3D mapping programs, the most creative lighting installations, enjoy the performances of world-renowned performers and domestic and foreign artists. A total of 23 artists or art groups will be present, who will exhibit 21 works at different locations. One of the most attractive works is certainly a video game Aquadventure that is premiered at this year's Visual festival. It is inspired by the ecology and work of Aquarium Pula in their Department for the Rehabilitation of Sea Turtles, and is based on the cult video game from the 80s, Pacman.

The special features of the Visualia Festival are the method of interactivity and participation where each member of the audience feels an integral part of the artwork and the project in general. The active inclusion of visitors ensures the development of skills, emotions and experiences that make the festival euphoria grow stronger every year.

The last night of the festival the night race "Xica" will be held in the organization of the Association of the kinesiologist of the city of Pula. The race was held for the first time in 2016. and this year will be even more special with an emphasis on a bigger racing experience through the city in the light.

Walk along in the magnificant ambient of the city of Pula, and surprises are wiating for you you at every step!

Here you can find programme by days: