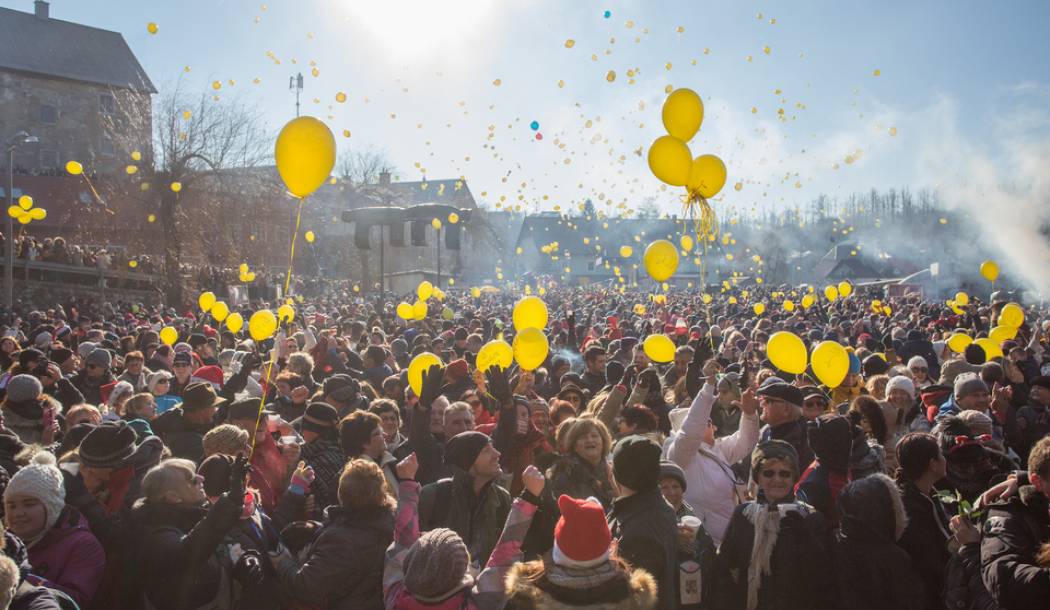 The Noon New Year’s in Fužine was first organized in 2000 at the turn of the millennium and developed into a recognizable tourist brand of Fužine, which has been visited by 8000-12.000 people in recent years. Under the open sky in the center of Fužine, at noon, we say goodbye to old traditions and we are welcoming the new ones with the joyful crowd gathering at this place since the early morning hours.

So on this 31st of December, at noon for the 19th time, all residents of Fužine and their numerous visitors will be welcomed with a new year 2019 with a real greeting, fireworks, sausages, boiled wine, homemade desserts and numerous other specialties. The day before is preceded by a traditional torch promenade from the banks of Lake Bajer to the cave Vrelo. In the center of Fužine, on the city playground below the dam, the celebration starts at 10 am where the guests will be entertained by the group of Sugar Cubes and at exactly noon the balloons with helium will be send of in the air. Each visitor will be able to buy a biodegradable helium balloon on which he will write his New Year's wish.

This unusual and traditional event can be followed through our webcams.